About me
My name is Bernd Neuhaus,

I am canadian and I live in Werl/Germany 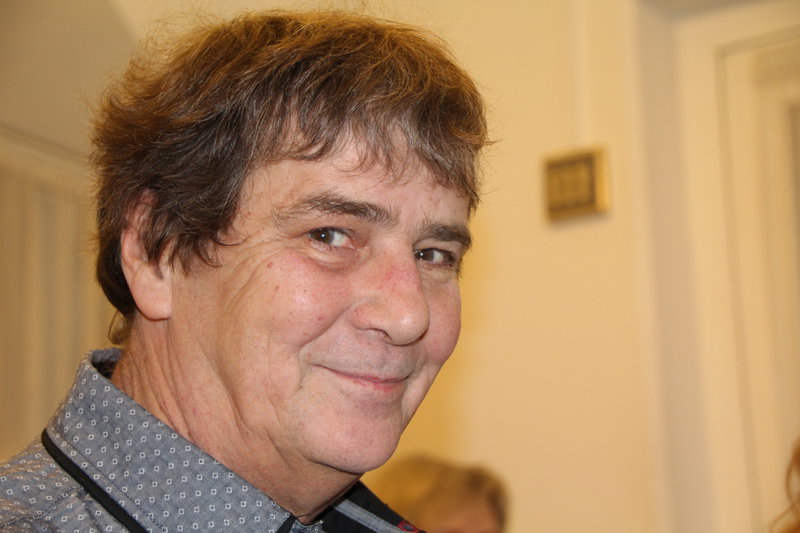 Yes, what do you write about yourself? Since you have come to this page I assume that you are mainly interested in my development in the spiritual field.

Yes, actually this began quite early, as a child I lived in a Catholic small town with a corresponding education, although this was not so strict, but still a clear imprint.
Perhaps it should also be noted that my father was Canadian, my mother was German.
And in the meantime I have accepted the citizenship of my father.

My biggest break with religion came when I was about 13 or 14 years old. Today we know that only at this age the conscious and discriminating mind is developed,
before that the human being only absorbs all information uncritically. Exactly therefore at this time the conflicts, which I discovered in the faith system, were dismissed by my
religion teacher at that time with a simple "one must believe that". Completely frustrated, from then on the "dear God" and his ground staff were two different companies for me. I
have always believed in a force in the universe, but I never knew how it really is. In the course of the years I have occupied myself again and again with the topic,
have read books about Yogis and Hinduism, about Buddhism, have talked with Muslims and have nevertheless never been able to grasp the core of the faith.
Then, after I started training in Taijiquan in the early nineties, I also ended up with Daoism, a pragmatic view of how life works. It is mainly based on the writings of Lao Tzu,
who probably lived in the seventh century BC. The basic message is "Look at how life works and live with the laws of life, not against them."

One statement has always fascinated me in particular, and the question of its meaning has long haunted me:

In the 37th chapter of Lao Tzu's Daodejing (Tao Te king) it states:
"The Dao does nothing and yet leaves nothing undone".

Now if I take the word Dao, which is usually translated as "sense", and replace it with the expression "God" it comes out:
"God does nothing and yet leaves nothing undone".

Well, that God does nothing can be simply signed in many cases, but he does not leave undone is already more difficult to understand.
Yes, and then there are actually people who, for example, in their need for a sick person, have addressed a prayer to God and it has actually helped.
Does God really do nothing?

If we take the trouble to browse through the New Testament and look at the miraculous healings of the sick by Jesus, nowhere does it say that Jesus saw it as his merit,
but often such statements as "Your faith has healed you". It was not his work, it was the faith of the sick person that healed him.

And I must quote Jesus:
"Verily I say unto you: Whoever shall say to this mountain: Lift thyself up, and cast thyself into the sea; and shall not doubt in his heart,
but shall believe that those things which he saith shall come to pass, it shall be done unto him." Mark 11:23

Jesus called himself the Son of God, but he also called us his brothers and sisters and God's children, so what makes us different from Jesus?
Quite simply, faith in our abilities.
Jesus also emphasized this in the same place, namely that everyone who possesses his faith can do his works and even greater ones. In yet another place Jesus says:
"The Father and I are one".

How does all this fit together? I found the key to understanding this in Charles Francis Haanel, a German-born American who wrote his "Masterkey System" as early as 1912,
which was originally sent to students in the form of 24 weekly lessons and was first available in book form in 1917.

What does Uncle Charles (as he is affectionately called by his fans) tell us that is so important:

I quote:
"There is only one consciousness in the universe that can think, and when it thinks, its thoughts become objective things. Since this consciousness is omnipresent,
it must also be present in every individual. Each individual must therefore be a reflection of this omnipotent, omniscient, and omnipresent consciousness."
Masterkeysystem 1:25

If we replace the phrase "Universal Consciousness" with God, we have the solution to all our questions. God is a static or potential energy, just the said energetic zero point field and we as part of it are the tool with which this energy expresses itself.

Just as Jesus had said it almost two thousand years ago: The Father and I are one and we are the same with him and therefore also one with the Father.

Yes, very clearly:
You are also a part of God

Well, then everything is clear and I can form my and also your world with my power, as I want that. But if you have the same power, what about you?
You can do that too and then what happens if we have different ideas about the world? Yes, then this universal and static consciousness called
God - or whatever name you like for this - has to find a compromise that satisfies our ideas equally.

And fortunately not every thought is immediately implemented. If I ask you now not to think of a pink elephant, what happens? You think of a pink elephant.
If it would manifest spontaneously, then have fun getting it out of your apartment. In order to have such a power to let something arise spontaneously,
we would have to have the unshakable faith in our own power that Jesus lived.

I can well imagine that some people here shudder a bit, again someone who wants to press me into some religion. Sorry, that is exactly what I do not want.
Jesus was for me the greatest spiritual teacher of all time and I think that he also does not agree with what people have made of his teachings.
He preached pure love, away from the punishing God and therefore he was a revolutionary and a thorn in the side of the religion of that time.

But since there is a life on the first level besides the spiritual search, here is my curriculum vitae in broad outline

My résumé is anything but straight.  At the beginning of the 90's I came into contact with Taijiquan and Qi Gong, which changed my life completely.
This was followed by the study of Chinese philosophy and at some point I began to call myself a Daoist. In addition, Chinese medicine and then I realized that
in the healing of diseases lies my calling.

Two years of training at the Paracelsus School followed, further courses with various teachers
and at some point I also became interested in homeopathy.

On the side of conventional medicine, I first gave courses in first aid for many years and
was employed as a paramedic until my retirement in August 2019.

In the meantime, Hawaiian medicine has been added as a third and comprehensive system. It is an all-encompassing system that combines well with the other systems.

The fourth and in my opinion the ultimate system so far is psychokinesology, which combines elements of Chinese medicine and Hawaiian Huna with the latest findings of cell biology and heals on the mental level. Here we have healings on the fourth level of healing with mostly amazing success. A system that is not quite as in-depth, but is quite easy to learn, is EFT according to Gary Graig. However, this has the huge advantage that it is quite easy to learn, here only the help of an experienced user is needed to grasp all aspects of problems.

Yes, and as a result of all my work I came to develop "Mind Clearing" together with Sigrid,
it includes in principle everything I could gather in terms of experience.

I have also published my experiences in several books.