Emergence of the Mind Clearing System 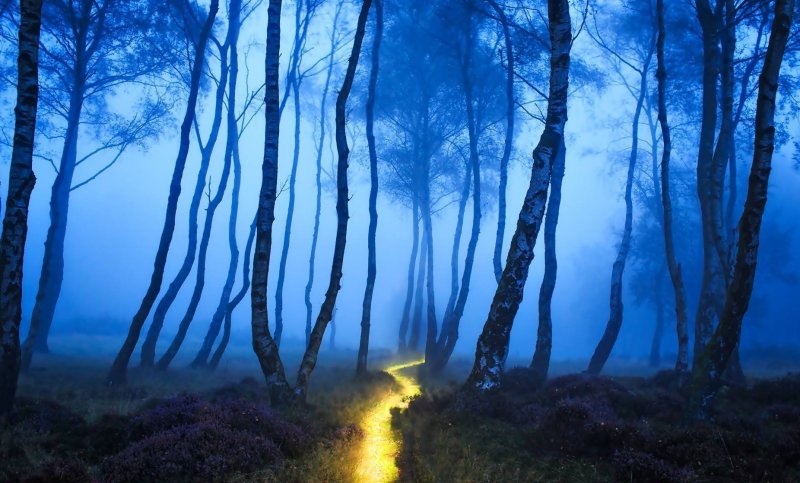 The Mind Clearing System was, strictly speaking, the logical merging of all the methods and philosophies I had dealt with up to that point
and the practical application of the principles from my book "You have the power". In the meantime, as I will explain below, it has been
has been considerably expanded by the collaboration with Sigrid.
At this point, I first consider natural healing. I came to this through the training of Taijichuan, an inner martial art,
the depth of which is hardly taught in this country. The logical consequence for me, since I always ask for the background,
was the study of Chinese philosophy, Daoism, and of course Traditional Chinese Medicine.
In the course of time, however, I came across more and more the power of the soul, you could call it psychosomatics.
This term has a very negative connotation in conventional medicine, because the real meaning has not been recognized there.
In addition to practical experience, literature from the field of "inexplicable" healings has also come into play,
which also exist sporadically in the field of medical literature. Mostly this topic is hushed up instead of searching for explanations,
why this is so.

A very important contribution to the topic of psychosomatics, how it is really to be understood, has for example Dr. Rüdiger Dahlke
in his (early) books "Illness as a Path" and "Illness as the Language of the Soul" (whereby he is
(although here he already concentrates on the shadow principle and thus overlooks some things).

So, for me, from then on, it was mainly about mental bases of diseases. The first and very powerful key I found
Dr. Dietrich Klingardt and his psychokinesiology. Here, direct contact is made with the unconscious,
and here I also found the meaning of the beliefs ( speaks convictions) and also how far into the past these can be traced back.
This method is very powerful, but always requires a therapist to guide the client. Another key I found with Dr. Bruce Lipton,
whose publications on epigenetics clearly demonstrate that there is no such thing as classical heredity..,
but that everything is a form of mental process. Of course, Lipton is not the only scientist
researching in this field, but he has made it accessible to the public through his book "Intelligent Cells". Bruce Lipton mentions in his books
also mentions a method called Psych-K, which of course I wanted to find out about right away. So I did some research and immediately got some books about it.
Unfortunately, these books were only "advertising books", they showed what is possible with it, but not how it works.
Since the basic principle was clear to me because of my previous knowledge, I searched for a comparable technique and found the EFT (Emotional Freedom Techniques)
according to Gary Graig.

The history of EFT starts exactly like many other things a very long time ago with the Chinese medicine and the discovery of the life energy,
which flows through the body in defined pathways. It has always been clear to the Chinese that this energy must be present in sufficient amounts
and must be able to flow freely, so that the human being remains healthy. Any deficiency or blockage will undoubtedly cause a person to become ill.
While the Chinese influenced this life energy with herbs and acupuncture, then an American, John Goodheart,
went over to harmonize the energy through his applied kinesiology, that was then in the 60s.
When you get right down to it, this was the first real approach to working with life energy that was done in the West. This system
is quite complex and extensive, so much so that it became a separate course of study in America. The first connection between kinesiology and psychology
we find in the Australian psychiatrist Dr. John Diamond in the 70s. He founded the Behavioral Kinesiology,
he worked a lot with thymus tapping, with music and affirmations and discovered the connection between
feelings and the meridians. Actually, it was only a rediscovery, because in Chinese medicine the connection
between energy and feelings has been known for ages. (But this is not to belittle the work of Dr. Diamond, because in his time almost
Chinese medicine and culture was still almost unknown in the West, especially in America, Chinese were welcome
workers on the railroad in track construction or as dishwashers). These two systems, the Applied Kinesiology and the Behavioral Kinesiology were brought together by the
kinesiology were brought together by the American psychologist Roger Callahan, who developed a method from them, which he called Thought Field Therapy.
(Thought Field Therapy). Here, starting from the predominant feelings, the corresponding meridian (pronounced energy pathway) was treated.

Roger Callahan likes to report the case of Mary, and this case basically explains quite well how TFT (Thought Field Therapy) works.
Callahan discovered in this patient, who suffered from a strong fear of water, through kinesiological tests that only the stomach meridian was affected.
After treating the meridian by tapping (i.e. acupressure), this fear disappeared immediately and the patient dared to go into the pool right after the treatment.

Roger Callahan is also credited with the discovery of Psychological Reversal, which later became the standard opening phrase in EFT.

Specifically, Callahan had a patient who suffered from obesity, and this patient was now asked to imagine being slim, which was exactly what she consciously wanted.
Through kinesiological muscle testing, however, he found out that this wish did not correspond to the unconscious, because the subconscious reacted the other way around.
exactly the other way around, showing a positive test when the patient imagined gaining even more weight. Further experiments with other patients
and other subjects showed the same result, in up to 40% of the cases. Callahan now interpreted this as misdirected energy,
which first had to be released by tapping.

In the early 90's Gary Graig, an engineer by profession, became a student of Roger Callahan. And Gary Graig now had the brilliant idea,
Gary Graig had the brilliant idea that one should not bother with the diagnosis of the appropriate meridian, but should tap all meridians in one sequence.
He also included the Psychological Reversal as an opening movement. Such a tapping sequence can be done in less than a minute by someone with practice and has the
and has the advantage that the required meridian is included in any case.

At this point we see a very important difference between Gary Graig's EFT and the EFT we use in Mind Clearing.
For this reason (and because the term EFT has now been protected throughout Europe by an enterprising person)
we will now refer to it as MCTS (Mind Clearing Tapping Solution).

In Psychological Reversal Gary Graig also assumes that it is a misdirected energy. Mind Clearing introduces the belief system as an important concept.

Let's take the patient with obesity. For reasons that are in his conscious mind, he would like to lose weight. But the unconscious has the belief set,
that it is advantageous to be overweight. By accepting exactly this belief set, it can be neutralized or even reversed through the tapping sequence.

And this is exactly where the different approach lies, Mind Clearing works with the beliefs that rule our lives.
From a therapeutic point of view I came to this concept through psychokinesiology, here one works with the so-called Unresolved Mental Conflicts,
(USK), which, to put it simply, arise when a belief system is in conflict with the needs of the unconscious.

Up to this point we have the historical development of the psychological building blocks that make up Mind Clearing. When I met Sigrid a few years ago,
I first worked with her on this level, because this was the current state at that time. From this arose through our collaboration
a rapid further development by including the spiritual level. All spiritual systems, starting from the Emerald Tablets and Hermeticism
up to all belief systems show that we do not only influence our reality by our thinking, but even create it.
Modern quantum physics puts it this way, that there is an unlimited possibility of choice, and by our concentration on one choice we let
collapse this from the multiplicity of the possibilities and originate thereby only.

While my focus is on the further development of the classical building blocks such as psychology, systemic constellation and hypnosis
and I also specifically incorporate the insights of the Masterkey System and HUNA, Sigrid enriches Mind Clearing not only through the study of ancient
study of the ancient Hermetic texts including the Emerald Tablets, she has also expanded the focus on the "inner child" and karmic relationships.
In the practical work we benefit from Sigrid's empathy. She senses things even at a distance, which often surprises even those affected.
Since the two areas complement each other perfectly, Mind Clearing has grown to its current strength.

The Mind Clearing System, consistently applied, removes the unconscious blockages and frees both the conscious and the
and unconscious thinking, thus enabling the freedom needed to create an optimal life for oneself.

No thoughts on “Emergence of the Mind Clearing System”